With a sudden violent erruption...

...I finally post some more interesting curios, this time an interesting selection of moulded lava. With more items to follow as I've got myself into gear and taken loads of pictures!


This first piece is a commorative piece of Queen Victoria, with the front depicting a portrait of the Queen and the back moudled with the words 'Regina Victoria - 1859' 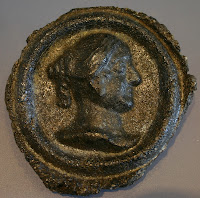 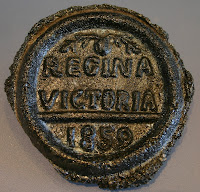 Next is a interesting lump which has had a coin inserted into it, I haven't yet researched the coin so cannot be sure on an extact date. 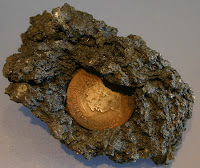 A nice commemorative medallion shaped piece for Napoleon III of France, dated 1868 which is one of the few years that saw a major erruption at Vesuivus in Italy. 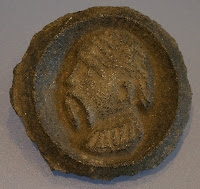 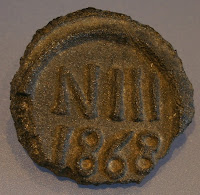 Next up is a large chunk of lava again from Vesuvius. This time it commemorates Umberto I, King of Italy, and is dated 1897. 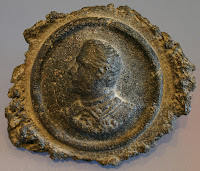 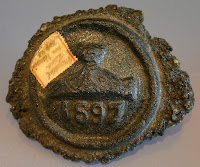 The final moulded piece is quite interesting in that it comes from the last major erruption at Vesuvius which was in 1944 and in this example the name of the Volcano is actually moulded onto one side. 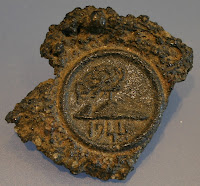 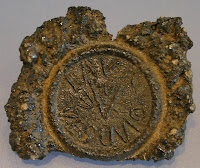 And last of all is a slightly odd ball piece in that a cameo carved from lava, of the type normally found in Victorian brooches, has been inset into a natural lava formation. 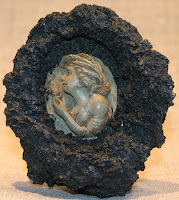 Hello Pete and congratulations for the very interesting page. I would be very much interested in the item number two (from top to bottom)

my email address is alessiosica@hotmail.com

please write me back in case of interest to sell it